Visual Armor is a security company based in Ohio that specializes in security systems for businesses, schools and residential properties. They service more than 300 clients around the state of Ohio, providing video surveillance, access control, alarm systems and monitoring services. This is their Managed Access use case.  END_OF_DOCUMENT_TOKEN_TO_BE_REPLACED

Halloween costumes can be the worst. Ever year you end up at the the store, deciding between the generic pirate or a polyester super hero suit, that is inevitably going to be duplicated by countless others. And if you have a child it can be even worse! You spend $80 so your child can be Elsa, like every other little girl this year, just to cover it up with a jacket to go Trick or Treating later that night. So how do you get around these costume debacles? You tech them out of course. Check out these costumes that you can DIY or if you’re not into that, others you can buy. 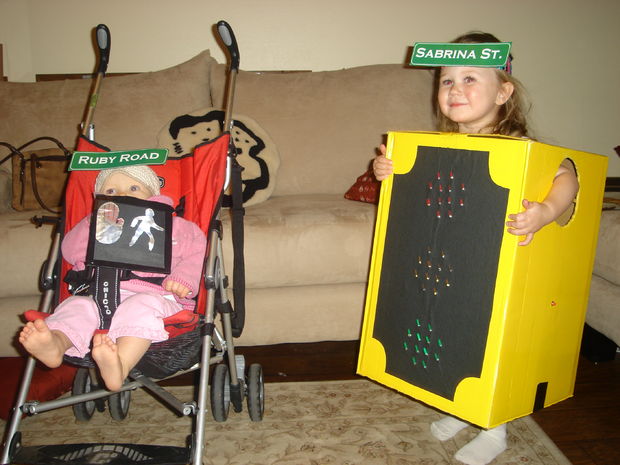 Help your child think outside of the box by getting in one to create a one of kind stoplight costume. This costume was engineered by a father whose daughter made the decision she was going to a stoplight for halloween. He hooked up the lighting inside the costume to work on two modes, normal stoplight and a flashing mode that goes along to music. He added a button on the side so that his daughter could choose what mode to put it in. He built the costume using an Arduino. So what do you need to make this ingenious costume?

-Cardboard box with holes for the head and arms
-Arduino
-Ladyada Wave Sheild
-6 – 74HC595 shift registers
-Speaker
-Battery Holder and 4 AA batteries
-48 LEDs (we did 12 red, 12 yellow, 12 green, and we had 12 reserved for other lights around the costume)
-48 resistors

The best part is your child can wear their jacket underneath the box, allowing their costume to be visible at all times. For step by step instructions click here.

Think Under the Sea

Perhaps an easier route for your child’s costume could be this awesome LED jellyfish. It is built out of craft store supplies and battery powered LED lights. This costume is worn on your child’s head, so it is suggested they wear an all white or black outfit.

How to Be a Jellyfish

You can find the instructions here.

Be Your Best Tron

What better costume for a tech enthusiast than to dress like the computer program Tron? This costume requires the most technical skill to create, as it features a color-changing disk and a voice-changing helmet. This costume requires an Arduino Nano and much more equipment, as well as coding to make it functional. Lucky for you the creator of this masterpiece documented all his work and the code can be found in its entirety on Github. Feel like a challenge? Find more info and links to the code here.

DIY Not Your Thing?

If you are like me, and shall we say, not that crafty, you may want to just buy a costume. Morph Digital Dudz is the perfect place to find high tech costumes for reasonable prices. Digital Dudz was created by a former NASA scientist after he built an iPAD costume in 2011 that went viral. The costumes range from simple t-shirts with moving eyes to the very much alive undead. You buy the costume, download the free app and insert your phone into a hand dandy pocket in the suit, shirt or mask. Then boom you having a moving eye, beating heart or a range other cool effects. You can check out all the costumes offered here.

Have another high tech costume you want to share? Tell us about it in the comments below. The first 5 commenters will get a free No-IP shirt in the mail!